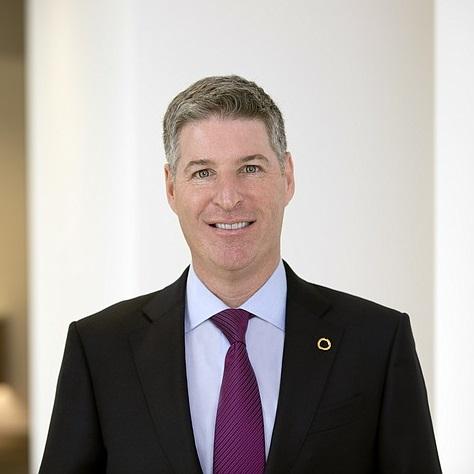 Mr. Wolff is a veteran banking executive with deep expertise in finance, law and risk management. Mr. Wolff joined Banc of California from City National Bank, a Los Angeles-based regional bank and wholly owned subsidiary of Royal Bank of Canada, where he served as Executive Vice President and General Counsel. At City National, he was a member of the Executive Committee and oversaw the Legal and Corporate Administrative Group, among other areas.

Immediately prior to City National, Mr. Wolff was co-managing partner of Quarter Group, LLC, a specialty real estate firm focused on the acquisition and development of urban properties in various U.S. markets.

From 2002 to 2014, Mr. Wolff was a senior executive and member of the Board of Directors of Pacific Western Bank, a leading California-based commercial bank. Pacific Western is a wholly owned subsidiary of PacWest Bancorp (NASDAQ: PACW). At Pacific Western, he served as President of the Bank and as Executive VP and General Counsel of PacWest Bancorp and as a member of its Executive Committee. As President of the commercial bank subsidiary, Mr. Wolff was responsible for overseeing the regional commercial banking teams for the community bank throughout California and establishing initiatives for the Bank as a whole. He was also a member of the Bank’s Executive Asset and Liability Management Committee as well as the Bank’s Credit Committee.

As General Counsel of the public holding company, a role he also held until April 2014, Mr. Wolff had primary responsibility for corporate governance, corporate regulatory compliance and execution of M&A activity, including PacWest’s $2.3 billion acquisition of CapitalSource (NYSE:CSE). PacWest completed over 20 acquisitions from 2000 through 2014. During his tenure, he also had oversight of internal audit, deposit gathering, regional lending, insurance procurement, and marketing, among other areas.

Mr. Wolff joined PacWest from the law firm Sullivan & Cromwell, LLP, where he spent time in both the New York and Los Angeles offices.

Involved in numerous nonprofit organizations, he currently serves or has served on the board of directors of the following organizations: the Greater Los Angeles Chamber of Commerce; JVS, a not-for-profit social services organization that provides job training, career counseling and job placement assistance throughout Los Angeles County; the Cheviot Hills Pony Baseball Association; and the Los Angeles Chapter of the Young Presidents Organization.

Mr. Wolff received his B.A. from Duke University, his M.A. in French Language and Literature from Middlebury College, and his J.D. from the University of Michigan Law School. Mr. Wolff is admitted to practice law in both California and New York.