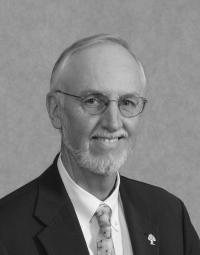 Tom began his banking career in 1972 with Bank of America as an agricultural credit management trainee. He held numerous positions at Bank of America, and in 1987 joined the Valley National Bank of Arizona Corporation as the senior vice president and chief credit officer of California Valley Bank, a wholly owned subsidiary of Valley National. Beene was named president and chief executive officer in 1991.  In 1993, California Valley Bank became part of the nation’s then 8th largest banking organization when Valley National was purchased by Banc One Corporation out of Columbus, Ohio. California Valley Bank changed its name to Bank One, Fresno, and in 1994, Bank One, Fresno was sold to ValliCorp Holdings, Inc. and became a part of ValliWide Bank, where Beene was named senior vice president and regional manager, with oversight responsibilities for 21 of the bank’s 58 branches.

Tom has been involved with the California Bankers Association since 1991 and has served on its board of directors since 1998. He was recognized as the CBA’s 2008 committee member of the year and currently serves as chair of the federal government relations committee.