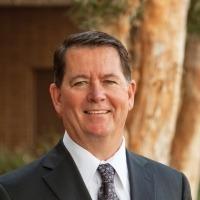 Martin Plourd was named a director and president/chief executive officer of Community West Bank and vice president of Community West Bancshares on November 2, 2011.  Plourd has been in banking for 30 years and a bank executive for 20 years. Since July 2009, he has worked as a consultant on engagements with bank strategic planning, acquisitions and compliance. From July 2005 to July 2009, Plourd served first as chief operating officer and then president and director of Temecula Valley Bank, in Temecula, California. Prior to that, he spent 18 years with Rabobank/Valley Independent Bank, in El Centro, California, including his last position as executive vice president and community banking officer. Plourd is a graduate of Stonier Graduate School of Banking and California State Polytechnic University.