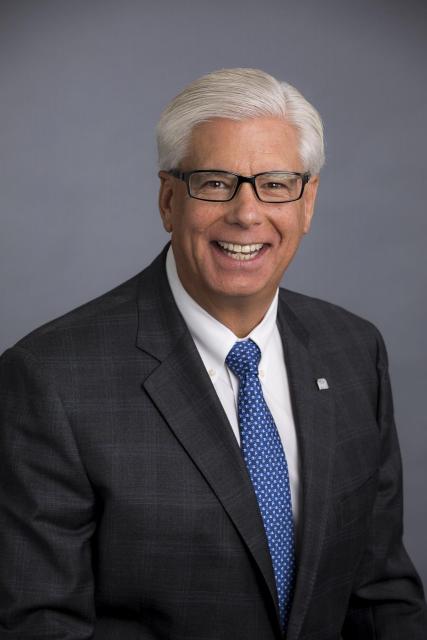 George was formerly a managing director for MUFG Union Bank, N.A. He was named the national sales manager for The Private Bank after becoming regional president of Union Bank’s Central Coast region with the acquisition of Santa Barbara Bank & Trust (SBB&T) in December 2012. Previously, Leis was president and chief executive officer of Pacific Capital Bancorp (PCBC), a $7 billion in assets community bank holding company that included SBB&T. PCBC had more than 1,000 employees and 47 branches.

After joining SBB&T in March 2006, Leis was the executive vice president for two divisions, Wealth Management and Information Technology, and was the chief information officer. He was responsible for 500 staff members and a $78 million budget.

Leis began his banking career with Security Pacific National Bank in Retail and Commercial Banking. A graduate of California State University, Northridge (CSUN), he is a Certified Trust and Financial Advisor.

Leis’ community involvement is exemplified through his service to universities and charities throughout Southern California and beyond, including:

A distinguished alumnus of Cal State Northridge, Leis is a prior board member and prior committee chair for the CSUN Foundation board of directors. He has participated on numerous other CSUN boards, including the College of Business and Economics advisory board and the College of Social and Behavioral Sciences Ambassadors.

His successful career and passionate involvement in community-focused organizations have earned Leis several awards including: the Santa Barbara/Ventura Chapter of the Association of Fundraising Professionals 2019 Volunteer of the Year; the CSUCI Robert J. Lagomarsino Award in 2014; the CIYMCA Golden Triangle of Distinguished Service award in 2014; CSUN Distinguished Alumni Award in 2013; and CSUCI’s Business & Technology Partnership’s 2011 Business and Community Leader of the Year. Leis has also been a member of Omicron Delta Kappa, the National Leadership Honor Society, since 1981.