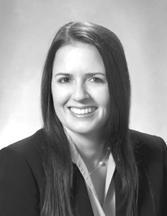 She has work experience in both the private and public sectors having held positions as a media consultant, campaign consultant, press secretary, corporate communications deputy director and account executive. In addition, she has significant prior communications experience in the private sector, including work with Perry Communications Group in Sacramento, where she served as the lead manager of media relations for several of the firm’s top clients. Beth also worked at Randle Communications, where she led several public affairs accounts and served as the spokesperson for several political campaign initiatives. Beth is a graduate of Claremont McKenna College.

The ABA Housing Partners Foundation will build its 12th Habitat for Humanity home this October in San Diego, California on October 13, 2012!

The Foundation’s mission is to promote and provide affordable housing in all communities, specifically those cities that host the ABA Annual Convention. Supported entirely by donations from ABA members like you, the Foundation has been making a difference for more than 20 years.

The CBA is supporting the ABA in these efforts as a 2012 build partner.

CNA recently announced that, effective May 1, it was selected as the endorsed insurance carrier of choice by the California Bankers Association (CBA), one of the nation’s largest state banking trade associations. CNA was chosen because of its history of insuring banks and its demonstrated expertise in providing specialized products, risk management education and service offerings tailored specifically for financial institutions.

The California Bankers Association Releases Statement on Mortgage Legislation Conference Committee Association identifies the most problematic areas of the legislation, and outlines elements of a reasonable solution

SACRAMENTO – Today Rod Brown, the president and CEO of the California Bankers Association, (CBA) released the following statement in advance of the first meeting of the recently established state legislative conference committee that will focus on residential mortgage lending and foreclosure reforms.

SACRAMENTO – Today the California Bankers Association (CBA) announced its position on several mortgage-related measures introduced this legislative year, including those contained in the California Attorney General’s Homeowner’s Bill of Rights.